If the shift lever cannot be shifted from P

If the shift lever cannot be shifted with your foot on the brake pedal, there
may be a problem with the shift lock system (a system to prevent accidental operation of the shift lever). Have the vehicle inspected by your Lexus dealer immediately.

The following steps may be used as an emergency measure to ensure that the shift lever can be shifted: 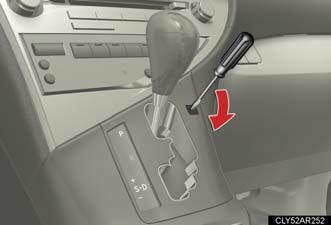 Pry the cover up with a flathead screwdriver or equivalent. 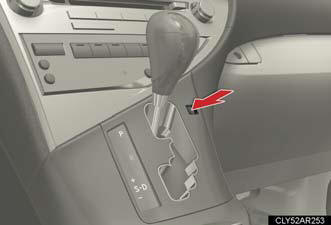 The shift lever can be shifted while the button is pressed.

2010 Lexus GX 460
When the Lexus GX 460 showed up in my driveway, I almost discounted it immediately. It seemed like another honkin' big SUV that requires honkin' deep pockets to purchase; my test vehicle was price ...

And on the inside?
Here’s where the GS is starting to show its age. Conventional switchgear contrasts with the ever-complex interior configurations found in the rest of the segment. Where rivals have touch screens a ...

Exterior
The GX looks like a huge, lumbering SUV, but that's mostly a misleading trick of the eye. The GX is actually shorter and narrower than competitors like the Acura MDX and Buick Enclave. It's the SU ...