- Vehicles with a navigation system.

Owners of models equipped with a navigation system should refer to the “Navigation System Owner’s Manual”.

- Vehicles without a navigation system (type A).

- Vehicles without a navigation system (type B). 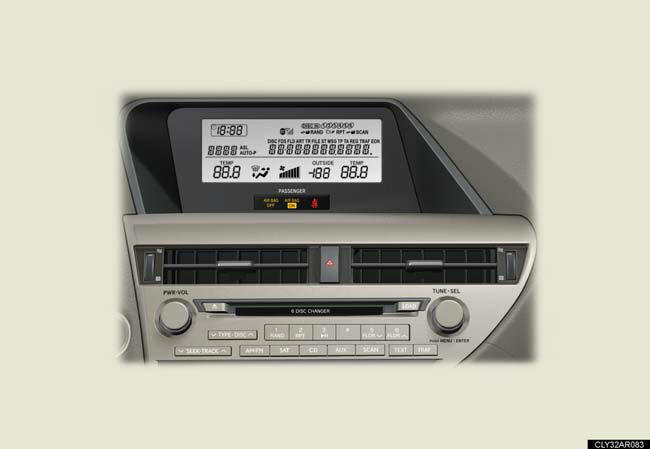 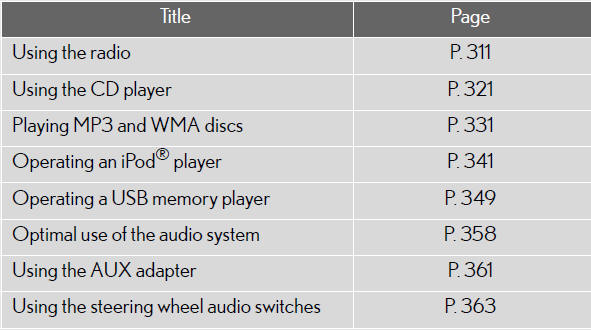 CAUTION:
Certification
Part 15 of the FCC Rules FCC Warning:
Any unauthorized changes or modifications to this equipment will void the user’s authority to operate this device.

Laser products
• Do not take this unit apart or attempt to make any changes by yourself.

This is an intricate unit that uses a laser pickup to retrieve information from the
surface of compact discs. The laser is carefully shielded so that its rays remain
inside the cabinet. Therefore, never try to disassemble the player or alter any of its parts since you may be exposed to laser rays and dangerous voltages.

• This product utilizes a laser.

Use of controls or adjustments or performance of procedures other than those specified herein may result in hazardous radiation exposure.

NOTICE:
To prevent 12-volt battery discharge Do not leave the audio system on longer than necessary when the hybrid system is off.

INTERIOR
The interior of the RX 350 is surprisingly understated and simple. The wood trim looks nice, but the black- and silver-colored plastic surfaces could have appeared more upscale. After testing a ...