Connecting an iPod® enables you to enjoy music from the vehicle speakers. 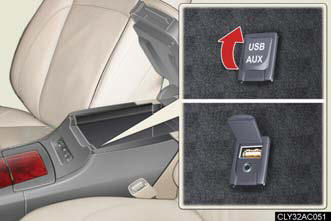 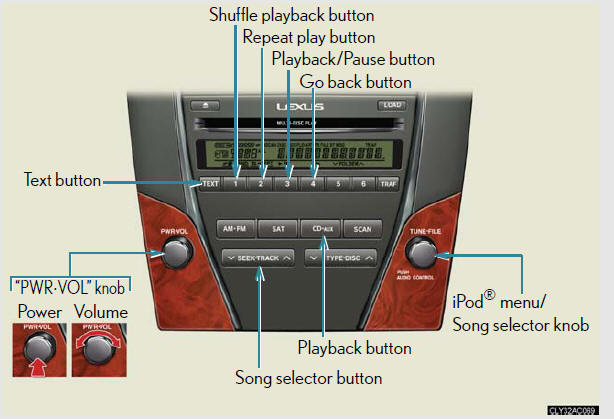 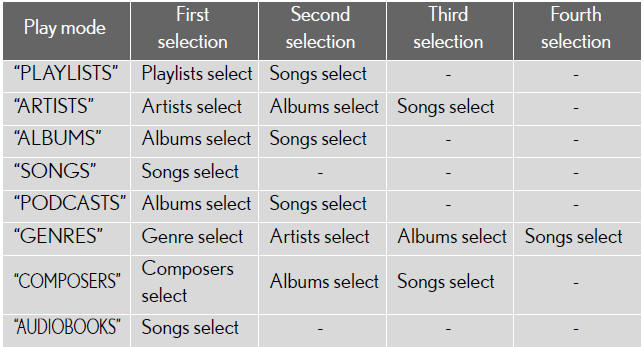 
Pressing the knob changes to the second selection list.

3. Repeat the same procedure to select the desired song name.

to select the desired
song.

(RAND) until you
hear a beep.

When an iPod® is connected and the audio source is changed to iPod® mode, the iPod® will resume play from the same point in which it was last used.

- Depending on the iPod® that is connected to the system, certain functions may not be available. Disconnecting the device and reconnecting it once again may resolve some malfunctions.

To resolve most problems encountered when using your iPod®, disconnect your iPod® from the vehicle iPod® connection and reset it.

For instructions on how to reset your iPod®, refer to your iPod® Owner's Manual.

“ERROR”: This indicates a problem in the iPod® or its connection.

“NO MUSIC”: This indicates that there is no music data in the iPod®.

“UPDATE”: This indicates that the version of the iPod® is not compatible. Upgrade
your iPod® software to the latest version.

Items related to standards and limitations are as follows: - Maximum number of lists in device: 9999.

CAUTION:
Caution while driving
Do not connect iPod® or operate the controls.

NOTICE:
To prevent damage to iPod® - Do not leave iPod® in the vehicle. The temperature inside the vehicle may become high, resulting in damage to the player.

- Do not push down on or apply unnecessary pressure to the iPod® while it is connected
as this may damage the iPod® or its terminal.

- Do not insert foreign objects into the port as this may damage the iPod® or its
terminal.

Hood
Release the lock from the inside of the vehicle to open the hood. Pull the hood release lever. The hood will pop up slightly. Lift the hood catch and lift the hood. CAUTION: Pre-driving chec ...

Seat belts
Make sure that all occupants are wearing their seat belts before driving the vehicle. Correct use of the seat belts Extend the shoulder belt so that it comes fully over the shoulder, but does ...