The fuel tank of your vehicle has a special structure, which requires a reduction in fuel tank pressure before refueling. After the opener switch has been pressed, it will take several seconds until the vehicle is ready for refueling.

Turn the “POWER” switch off and close all the doors and windows. 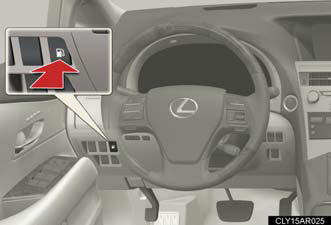 Press the opener to open the fuel filler door.

The fuel filler door will open within about 10 seconds of the switch being pressed. Before refueling is possible, a message will be shown on the multi-information display in the instrument cluster to indicate the progress of the fuel filler door opener. 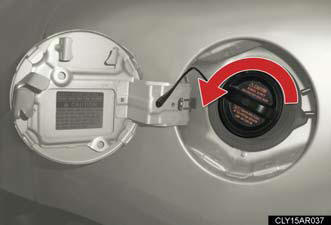 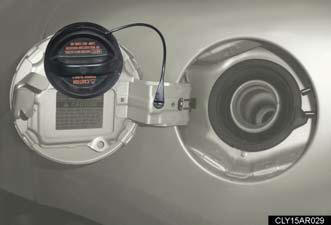 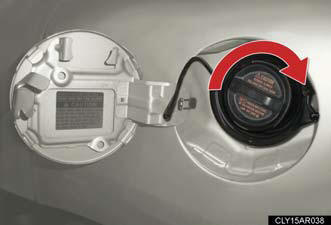 After refueling, turn the fuel tank cap until you hear a click.

If the fuel filler door opener is inoperable

Lift the luggage mat up. 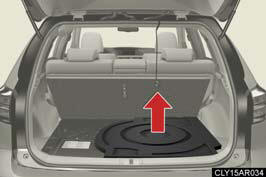 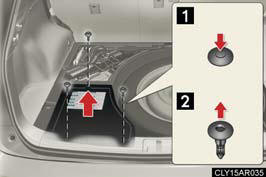 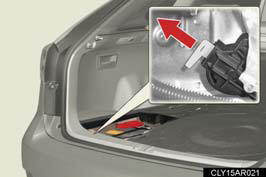 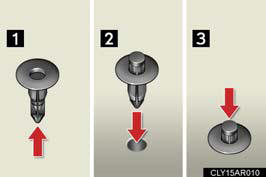 Using the lever to open the fuel filler door may not allow for an adequate reduction
in fuel tank pressure before refueling. To prevent fuel from spilling out, turn the cap
slowly when removing it.

During refueling, fuel may spill out from the filler opening due to air being discharged
from inside the fuel tank. Therefore, fill the fuel tank carefully and slowly.

Always hold the grips on the fuel tank cap and turn it slowly to remove it.

A whooshing sound may be heard when the fuel tank cap is loosened. Wait until the sound cannot be heard before fully removing the cap. In hot weather, pressurized
fuel may spray out of the filler neck and cause injury.

Do not allow anyone that has not discharged static electricity from their body to
come close to an open fuel tank.

Do not inhale vaporized fuel.

Do not smoke while refueling the vehicle.

Do not return to the vehicle or touch any person or object that is statically charged.

Doing so may cause a fire or other incident which may result in death or serious injury.

NOTICE:
Refueling
Finish refueling within 30 minutes. If more than 30 minutes passes, the internal
valve closes. In this condition, fuel may overflow during the refueling process.

Do not spill fuel during refueling.

Doing so may damage the vehicle, such as causing the emission control system to operate abnormally or damaging fuel system components or the vehicle's painted surface.