Use cruise control to maintain a set speed without depressing the accelerator
pedal. 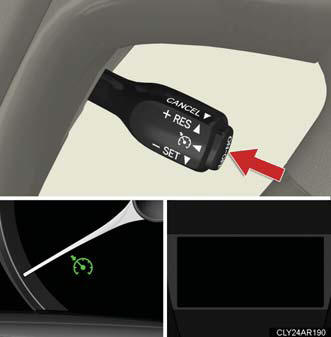 Press the “ON-OFF” button to activate the cruise control.

Press the button again to deactivate the cruise control. 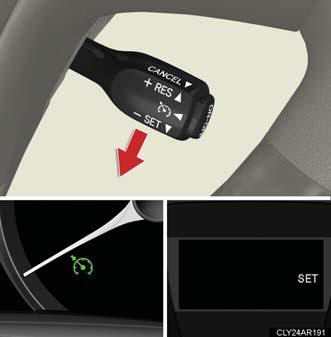 Accelerate or decelerate to the desired speed, and push the lever down to set the speed.

“SET” will be displayed. 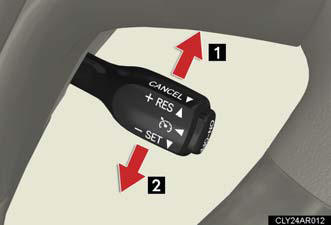 Fine adjustment of the set speed can be made by lightly pushing the lever up or down and releasing it. 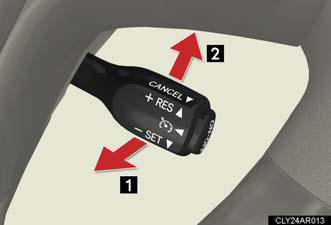 1. Pulling the lever towards you cancels the constant speed control.

2. Pushing the lever up resumes the constant speed control.

At this time, the memorized set speed is not retained.

Doing so may result in loss of control and could cause an accident resulting in death
or serious injury.

In heavy traffic
On roads with sharp bends.

On slippery roads, such as those covered with rain, ice or snow.

Vehicle speed may exceed the set speed when driving down a steep hill.

When your vehicle is towing anything.

Exterior Design
The Lexus IS sedans show a strong family resemblance to the Lexus GS models while establishing their own distinctively sporty identity. A notably wide stance and long wheelbase, coupled with tight ...