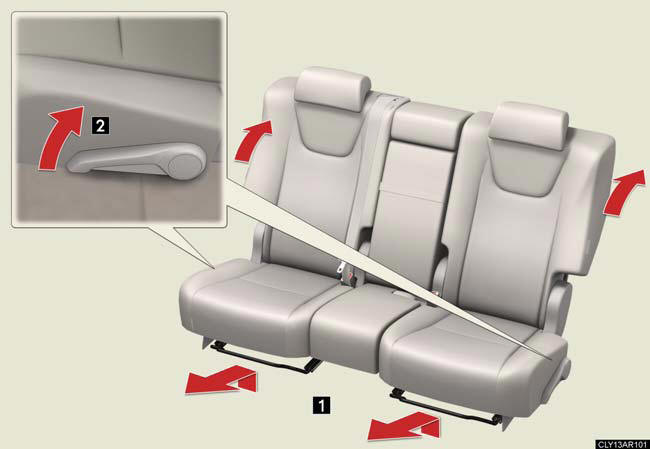 Folding down the rear seatbacks

Before folding down the rear seatbacks 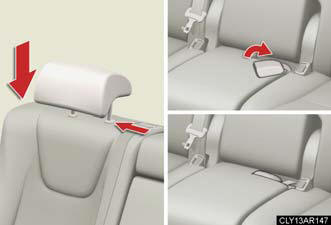 Stow all the head restraints and the rear center seat belt buckle. 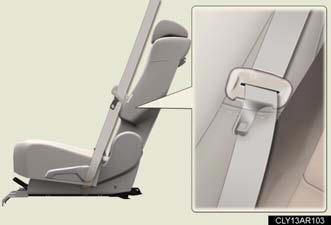 Stow the seat belts inside the rear seat side pockets.

Folding down the rear seatbacks 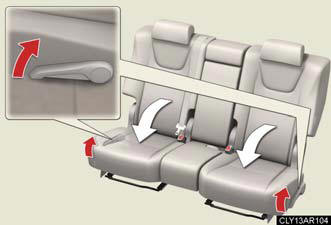 To return the rear seatbacks to their original positions, lift them up until they lock. 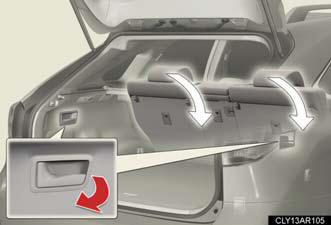 Left side lever: Folds down the left side rear seat.

Right side lever: Folds down the right side and
center rear seats.

To return the rear seatbacks to their original positions, lift them up until they lock.

Folding down the rear center seatback 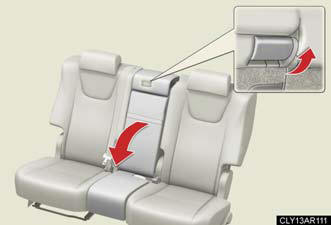 To return the rear center seatback to its original position, lift it up until it locks.

CAUTION:
When folding the rear seatbacks down Observe the following precautions. Failure to do so may result in death or serious
injury.

Do not fold the seatbacks down while driving.

Do not fold seatbacks down while passengers are seated or luggage is placed on the seats.

Stop the vehicle on level ground, set the parking brake and shift the shift lever to
P.

After folding the seatback, lightly move the seat back and forth to lock it in place.

Do not allow anyone to sit on a folded seatback or in the luggage compartment while driving.

Do not allow children to enter the luggage compartment.

Seat adjustment
To reduce the risk of sliding under the lap belt during a collision, do not recline the
seat more than necessary.

CAUTION:
After returning the rear seatback to the upright position Observe the following precautions. Failure to do so may result in death or serious
injury.

Make sure the seatback is securely locked by pushing it forward and rearward on
the top.

Check that the seat belts are not twisted or caught in the seatback.

Energy Saving and Environmental Performance
Allowing for independent control of left and right hand sides of the cabin, the new CT 200h is equipped with a compact, lightweight air conditioning unit. It incorporates a hybrid battery-powered ...