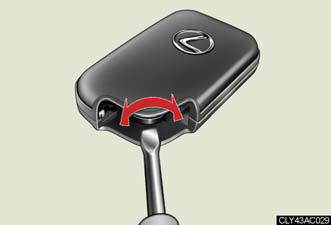 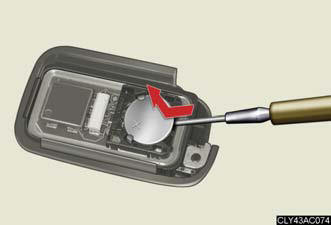 Insert a new battery with the + terminal facing up.

The following symptoms may occur.

- The smart access system with push-button start and wireless remote control will
not function properly.

- The operational range is reduced.

l Batteries can be purchased at your Lexus dealer, jewelers, or camera stores.

- Replace only with the same or equivalent type recommended by a Lexus dealer.

- Dispose of used batteries according to the local laws.

These parts are small and if swallowed by a child they can cause choking.

NOTICE:
For normal operation after replacing the battery Observe the following precautions to prevent accidents.

- Do not touch or move any other components inside the remote control.

- Do not bend either of the battery terminals.

Overview
Lexus has introduced an all-new, second-generation Lexus GX 460 luxury utility vehicle for 2010 that is more powerful, more efficient, quieter and more luxurious than the Lexus GX 470 model it rep ...