The compass on the inside rear view mirror indicates the direction in which
the vehicle is heading. 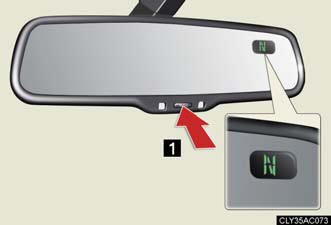 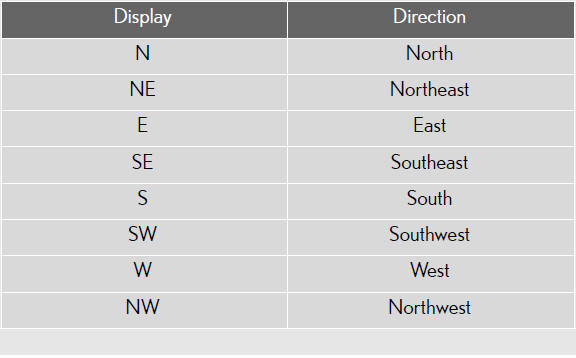 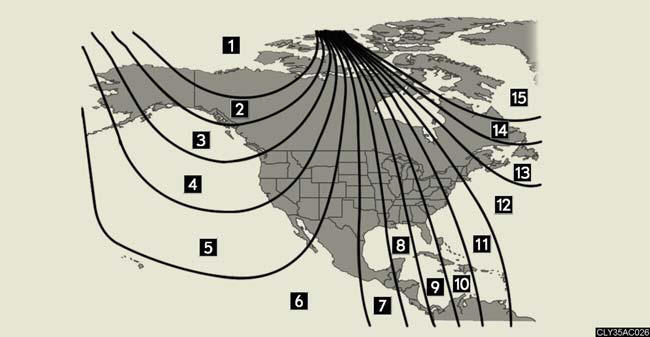 The direction display deviates from the true direction determined by the earth’s magnetic field. The amount of deviation varies according to the geographic position of the vehicle.

If you cross over a map boundary shown in illustration, the compass will deviate.

To obtain higher precision or perfect calibration, refer to the following.

1. Stop the vehicle where it is safe to drive in a circle. 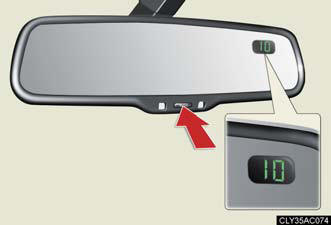 A number (1 to 15) appears on the compass display.

3. Press “AUTO”, and referring to the map above, select the number of the zone where you are.

If the direction is displayed several seconds after adjustment, the calibration is complete.

1. Stop the vehicle where it is safe to drive in a circle. 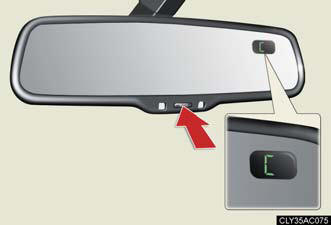 C appears on the compass display 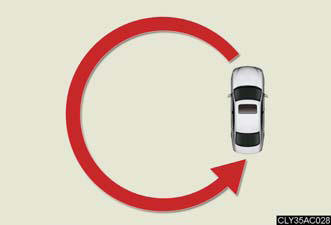 3. Drive the vehicle at 5 mph (8 km/ h) or less in a circle until a direction is displayed.

If there is not enough space to drive in a circle, drive around the block until the direction is displayed.

The compass may not show the correct direction in the following conditions: - The vehicle is stopped immediately after turning.

- The vehicle is on an inclined surface.

- The vehicle has become magnetized.

(There is a magnet or metal object near the inside rear view mirror.) - The battery has been disconnected.

When doing the circling calibration Be sure to secure a wide space, and watch out for people and vehicles in the neighborhood.

Do not violate any local traffic rules while performing circling calibration.

NOTICE:
To avoid compass malfunctions Do not place magnets or any metal objects near the inside rear view mirror.

Doing this may cause a malfunction of the compass sensor.

- During calibration, do not operate electric systems (moon roof, power windows, etc.) as they may interfere with the calibration.

SAFETY
The 2011 Lexus RX 350 received a Top Safety Pick award from the Insurance Institute for Highway Safety. It received the top score of Good in frontal-offset, side-impact, roof-strength and rear cra ...