Before flattening the front seatbacks

Slide the rear seats as far back as possible. 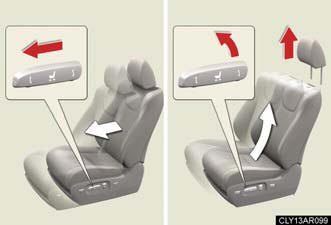 Move the front seat forward, raise the seat, and remove the head restraint.

After returning the seat to its original position, make sure to replace the head restraint. 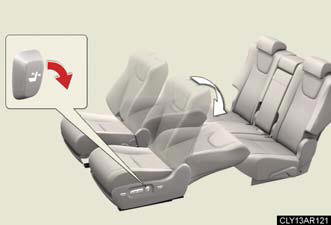 When the driver enters and exits the vehicle, the driver's seat and steering wheel will automatically perform the following operations: 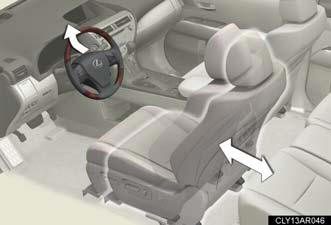 Exiting the vehicle: When all of the following actions have been performed, the steering wheel will
move up and back to the point farthest away from the driver and the seat will move backward (auto away function):
• The shift lever has been shifted to P.

• The “POWER” switch has been turned off.

• The driver seat belt has been unfastened.

Entering the vehicle: When either of the following actions has been performed, the steering wheel will move toward the driver and seat will move forward (auto return function):
• The “POWER” switch has been turned to ACCESSORY mode.

• The driver seat belt has been fastened. 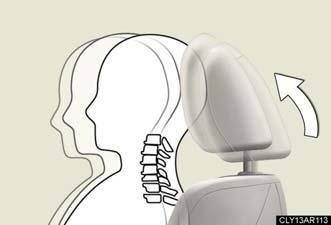 When the occupant’s lower back presses against the seatback during a rear-end collision, the head restraint moves slightly forward and upward to help reduce the risk of whiplash to the seat occupant.

The auto away function for exiting the driver seat

If the seat is already close to the rearmost position, the auto away function may not
operate when the driver exits the vehicle.

Even small forces applied to the seatback may cause the head restraint to move. 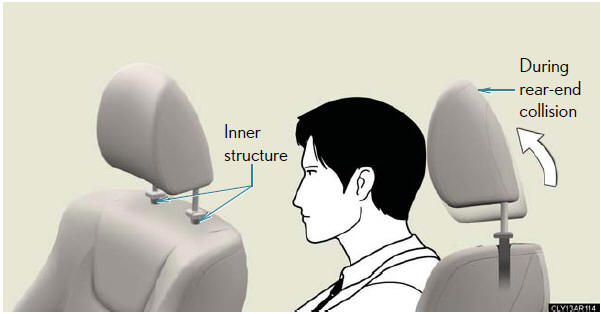 The distance that the driver’s seat moves backward during the auto away function
can be changed.

CAUTION:
Seat adjustment
To reduce the risk of sliding under the lap belt during a collision, do not recline the
seat more than necessary.

While driving
Do not allow passengers to ride on the flattened seat.

Leftlane’s bottom line
Looking at the sales figures alone, the ES fills an obvious slot in the market that no other automaker has really chosen to take on. Priced more like the compact IS, the ES is sized like the GS bu ...

Emission inspection and maintenance (I/M) programs
Some states have vehicle emission inspection programs which include OBD (On Board Diagnostics) checks. The OBD system monitors the operation of the emission control system. If the malfunction indic ...

Power (ignition) switch
Performing the following operations when carrying the electronic key on your person starts the hybrid system or changes “POWER” switch modes. Starting the hybrid system 1. Check that the parking br ...